The Bomopan Mountains are a mountain range on planet RYU0444Bb. They are divided into three sub-ranges and three subsections. They are considered as the least populated subsection of RYU0444Bb, and are famous for a few things, like an artificial volcanic crater in the center and a single large rock that is the largest object in the whole area. It is located in the east of Deccan. Soil is rich and therefore very fertile. The climate of the area is one of the most severe, with the average annual daytime temperature being negative 36 degrees.

This climate is considered one of the most suitable for the cultivation of the crops.

This is what this area looks like from above: 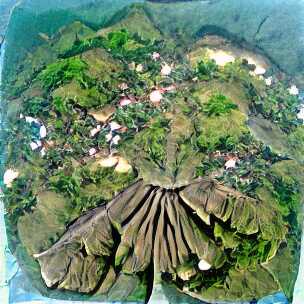 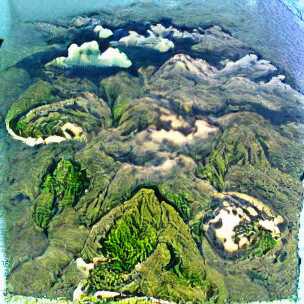 I used VQGAN+CLIP to create the pictures with the text “the bomopan mountains seen from above|aerial photo|aerial perspective”. It takes away some of the sci-fi feel to have an earth-like landscape, but it is also kind of fun.

The planet name RYU0444Bb comes from a previous post.